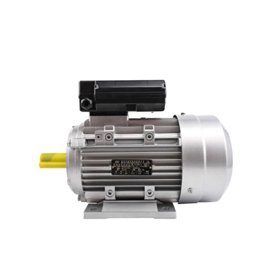 Electric motors are devices that convert electric energy into mechanical energy. The most common type of electric motor is the single-phase induction motor.

The single-phase electric motor is the most common type of motor found in household appliances such as fans, blowers, pumps, and air conditioners.

The diagram includes the name and function of each component, as well as the direction of the current flow. Knowing how to read a single-phase electric motor diagram is essential for troubleshooting and repairing these motors.

For more understanding, here is our detailed guide on Single Phase motors.

The rotor of a single-phase electric motor is the rotating part of the motor responsible for generating torque. It consists of a suspension system that holds the magnets in place and a shaft to which the magnets are attached. 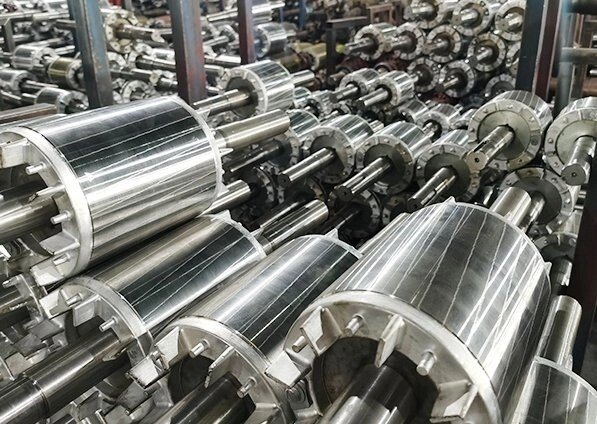 Starting winding is a winding that is electrically disconnected from the armature after the motor has started. The primary function of the starting winding is to create a rotating magnetic field in the stator.

This rotating field interacts with the rotating armature to create torque. The starting winding is typically made of thicker wire than the run winding because it must carry more current.

It is also wound in such a way that it creates a strong magnetic field. When the motor is started, the armature begins to rotate, and the starting winding is no longer needed. 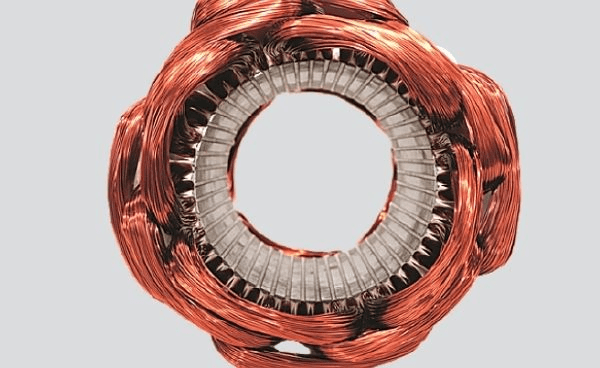 Running winding in a single-phase electric motor provides the turning force, or torque, required to rotate the armature. The current in the running winding creates a magnetic field that interacts with the magnetic field of the permanent magnets in the stator to produce torque.

When the armature rotates, the direction of the current in the running winding reverses, which causes the magnetic fields to reverse and produces a reversing force that rotates the armature in the opposite direction.

A capacitor is an electronic device that stores and releases electricity. It comprises two metal plates separated by a dielectric material, such as rubber or glass.

Although capacitors are an essential component of single-phase electric motors, they can also be found in other devices such as lights, radios, and computers.

For more information about how capacitors are used in single-phase motors, here is our guide on Single Phase Motor with capacitors.

Direction of the current:

Electric motors have been used for a long time, dating back to the early 1800s. They are simple machines that convert electrical energy into mechanical energy and are used in various applications.

The single-phase electric motor has a straightforward construction. Understanding the essential parts of a single-phase motor diagram will help you know how these motors work and how to troubleshoot them if they stop working.

Xinnuo motor is China’s top manufacturer of single-phase electric motors. The company has been in business for over 2 decades and has supplied motors to some of the largest companies in the world. The company’s products are known for their quality and reliability.

The company offers a wide range of products, from small fractional horsepower motors to large industrial motors. In addition to its manufacturing capabilities, the company has a strong research and development team that is constantly innovating new products and improving existing ones.

As a result of its dedication to quality and innovation, XINNUO has become one of the most trusted names in the electric motor industry. Contact us to learn more about our products.